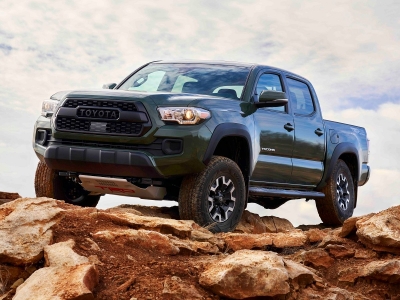 Midsize trucks like the Ford Ranger and Toyota Tacoma are all about compromise. They aren't as powerful as large trucks. They can't tow as much. They aren't as comfortable on long drives. On the other hand, medium-size pickups don't cost as much as full-size trucks, and their more modest dimensions give them a better shot at squeezing through tight turns on two-track trails or into your garage. And they still offer plenty of cargo space.

The Tacoma is far and away the best-seller in this class. It leads in resale value and has above-average safety scores, but its driving dynamics and tow ratings lag behind rivals. The current Ranger is a fresh take on an old nameplate, and it has earned acclaim for its capabilities on- and off-road as well as its high-quality interior. Here's a 2021 Ford Ranger vs. 2021 Toyota Tacoma comparison to help you decide if either midsize truck is right for you. 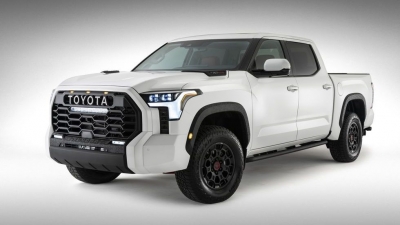 Toyota has teased an image of an all-new Tundra that’s coming for 2022, and while it’s pretty hazy and with nothing alongside it for scale, it seems like this automaker is not going to be the one to start a trend toward smaller full-size pickups.

It looks big, and given the trend toward truck supersizing, we expect this new Tundra to keep pace with its large competitors from Ford, GM, and Ram.

In the 2022 Toyota Tundra teaser – try saying that fast five times – the truck has a centre light in its grille, L-shaped headlamps and LED running lights, and what appear to be amber clearance lights. Toyota says it’s an all-new, next-generation truck that’s “reengineered with uncompromising power and loaded with advanced tech,” and that “this body-on-frame beast is eager to hit the road roaring.”